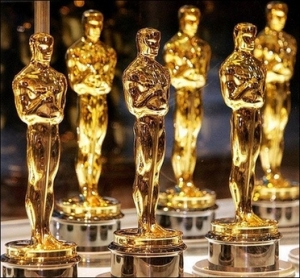 If film critics ruled the Oscar world, how would the top nominations play out?

Perhaps not surprisingly, there wasn’t much consensus among the critics in the eight categories they considered, starting with their Best Picture picks (previewed, of course, in their already published Top 10 lists).

The Hurt Locker was the only film given the nod by all three critics, while two out of three critics picked Oscar favorite Up in the Air, A Serious Man, the unevenly received Where the Wild Things Are and dark horse Funny People.

Best Actor: George Clooney (Up in the Air) and Colin Firth (A Single Man), unanimous; 2 out of 3 for Jeff Bridges (Crazy Heart); and no more than 1 each for the rest of the field.

Best Actress: 2 out of 3 for Oscar favorites Carey Mulligan (An Education) and Gabourey Sidibe (Precious), and Yolande Moreau (Seraphine)

Best Supporting Actress: 2 out of 3 for likely winners Mo’Nique (Precious) or Anna Kendrick (Up in the Air), as well as Juliette Binoche (Summer Hours) and Samantha Morton (The Messenger).

Best Original Screenplay: Mark Boal (The Hurt Locker), unanimous; and 2 out of 3 for Joel and Ethan Coen (A Serious Man)

Best Adapted Screenplay: 2 out of 3 for Wes Anderson and Noah Baumbach (Fantastic Mr. Fox), Geoffrey Fletcher (Precious), and Jason Reitman and Sheldon Turner (Up in the Air).

A movie that gained acclaim at the recent Berlin Film Festival, a tribute to late filmmaker Hal Ashby, and a retrospective of films documenting the work of artists Christo and Jeanne-Claude are among the highlights of the 11th annual Sarasota Film Festival.

Even amidst a recession that has hit Florida harder than some other states, the Sarasota Film Festival remains an ambitious endeavour: More than 160 narrative and documentary features, and short films from 25 countries will be presented March 27 through April 5 at the festival.

The bulk of the screenings will be held at the Sarasota Hollywood 20 Cinemas.

This year’s event is more eclectic than in years past, according to SFF President Mark Famiglio.

“We have worked hard to make this year’s festival much more accessible to our audience, by (doing everything from) reducing selected ticket prices to expanding our programming to appeal to our diverse Sarasota community,” Famiglio said in a prepared statement.

The fest kicks off March 27 at the Van Wezel Performing Arts Center, with The Messenger, a military-themed drama/romance that’s the

directorial debut of  Oren Moverman, best known for his work on the screenplays of Todd Haynes’  sort-of biographical Bob Dylan movie I’m Not There (2007), and Alison Maclean’s Jesus’ Son (1999).

Woody Harrelson and Ben Foster star as Iraq War veterans reassigned as casualty notification officers — the guys who must inform family members of the war deaths of loved ones. One of

the officers (Foster) falls for the widow of a fallen officer.

Moverman and co-screenwriter Alessandro Camon received a Silver Bear at the Berlin Film Festival for their work on the screenplay of The Messenger.

Harrelson, Foster and Moverman will be on hand for the screening, which will also play host to 400 special guests — members of the military from MacDill Air Force Base.

The closing-night film, April 5 at the Sarasota Opera House, is Every Little Step, a documentary following a group of real-life dancers

hoping to gain parts in the Broadway revival of “A Chorus Line.” It was co-directed by Adam Del Deo and James D. Stern, who also worked together on …So Goes the Nation (2006) and The Year of the Yao (2004).

Ashby: Mind of a Hollywood Rebel.”

The sidebar program will feature screenings of Harold and Maude, Shampoo, The Last Detail, The Slugger’s Wife, Bound for Glory, The Landlord, Coming Home and Being There, among other Ashby films.

The series also includes a previously unreleased director’s cut of the 1982 comedy Looking to Get Out (1982), starring Jon Voight and Ann-Margret. And an April 4 tribute, to be moderated by Nick Dawson, author of a forthcoming Ashby bio, will include appearances by actors Voight, Ileana Douglas and David Carradine, director Norman Jewison, and Ashby’s daugher, Leigh MacManus.

Bill Paxton, star of HBO’s “Big Love” and a string of films (Titanic, Apollo 13, A Simple Plan) is honoree of this year’s career achievement award. He’ll give a talk April 3 at the Asolo Theater.

Also among the film-world notables expected to attend the fest are  Joe Pantoliano, whose documentary No Kidding, Me Too! is playing on March 28 and 29; and Steve Buscemi.

For the complete list of films, searchable by title, director, country of origin, and day(s) of screening, click here.